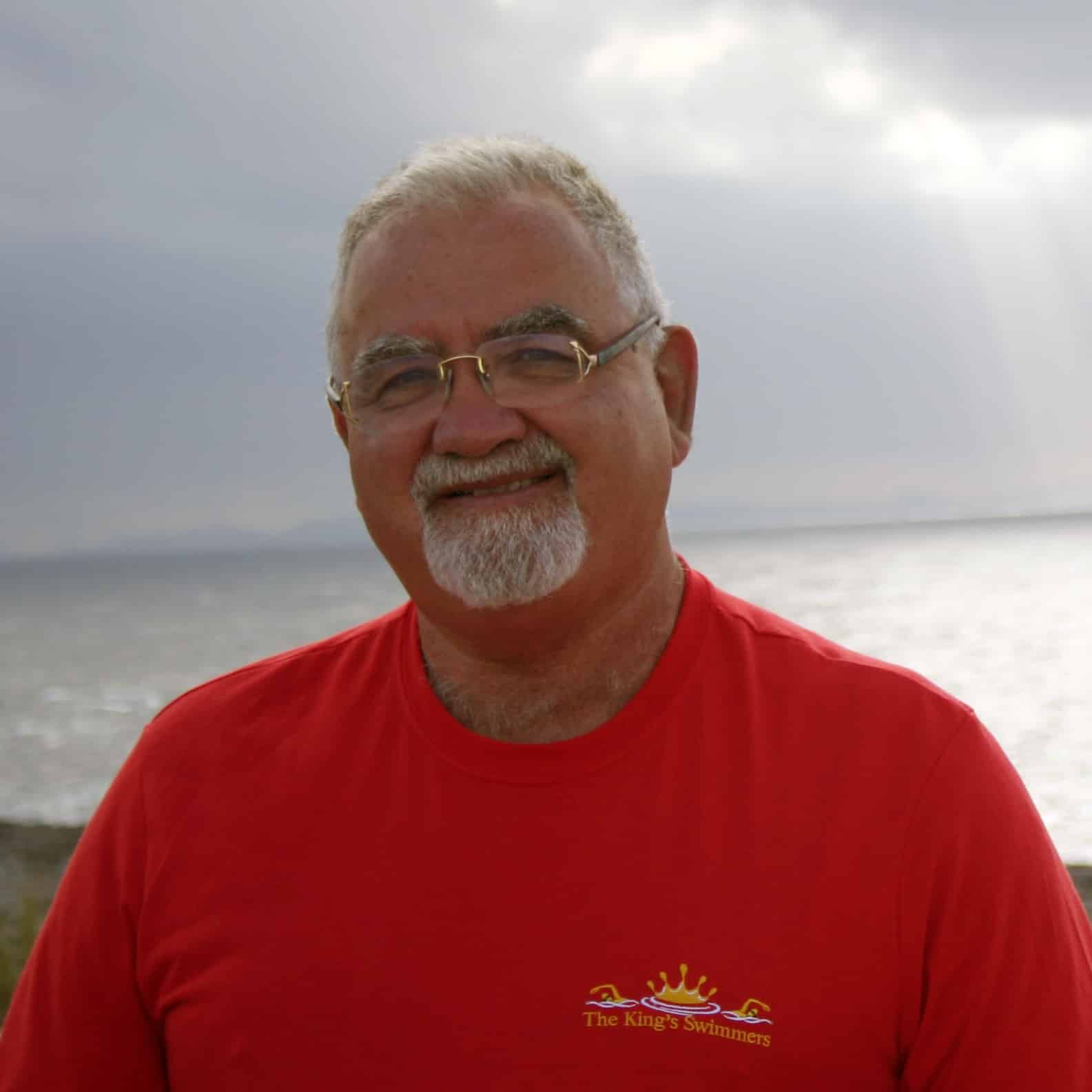 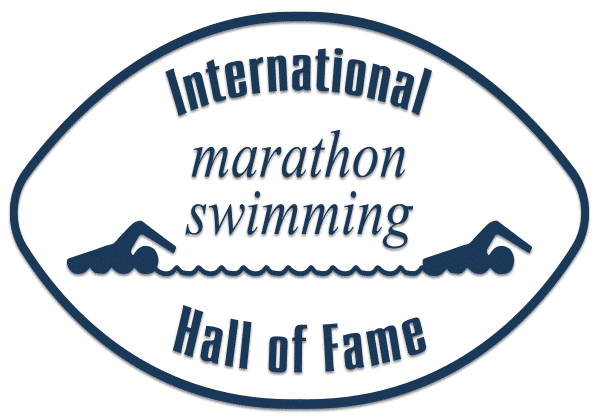 Kevin aka ‘the King’

Kevin is acknowledged as one of the world’s greatest open water swimmers. He has 28 solo Channel swims and three doubles to his credit. That total of 34 swims is a male record. He has also swum the North Channel three times and is known as King of both the English and North Channels. His longest swim was 52 hours non-stop but he says: ”I was never a great swimmer. What I had was determination and willpower.”Kevin was inducted into the International Marathon Swimming Hall of Fame in 1973 and the International Swimming Hall of Fame in 2010. As well as the English and North Channels he has conquered swims throughout the world including the Catalina and Santa Barbara Channels, the Nile Marathon and Sydney Harbour. It all started with a Lake Bala swim in 1963 and a Channel relay in 1965.

Kevin was inducted into the International Marathon Swimming Hall of Fame in 1973 and the International Swimming Hall of Fame in 2010. As well as the English and North Channels he has conquered swims throughout the world including the Catalina and Santa Barbara Channels, the Nile Marathon and Sydney Harbour. It all started with a Lake Bala swim in 1963 and a Channel relay in 1965.

In recent years he has concentrated on training, mentoring and inspiring others, but tells swimmers: “I see it differently. I want you to inspire me by going beyond your limits. Keep putting one arm in front of the other – you can do it, you will do it.” 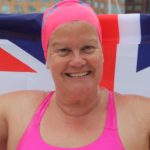 Kathy is the expert when it comes to Channel relays. She has been in 18 teams that have conquered the Channel – as well as completing her own solo swim from England to France in 2013.

She competed in the World Masters Swimming Championships in Brisbane, Australia, in 1988 and was a member of the first British Ladies team to complete a two-way English Channel in 1996. More recently, in 2011 she was a member of the first ladies relay team to swim around the Isle of Wight and in 2012 she had the honour of not only carrying the Olympic Torch at Deal but also starting the days relay – an accolade bestowed because of her services to the Community as well as her swimming and Lifesaving achievements over many years. In 2015 she swam around Manhattan. Her other swims include Loch Lomond, Lake Windermere, Walton to Clacton, St Germans to Kings Lynn and the Inter Services Championship in Lake Bala. In 2017 she swam the Catalina Channel in California and on completion achieved the Triple Crown for Open water swimming. On 21st August 2018  Kathy swum the Length of Lake Tahoe in California (21.3 miles) and became the first British Lady, first European Lady and 3rd British person to complete the swim.

Kathy has represented the Royal Life Saving Society South East Region in Lifesaving and Lifeguarding and has won the National Championships in both disciplines several times during several decades.

She was a crew member on an RNLI lifeboat for nine-and-a-half years. She is a Royal Life Saving Society National Training Assessor for lifesaving, pool lifeguarding and beach lifeguarding; a First Aid Instructor; and is Level Two Power Boat qualified. Kathy is also a Flt. Lieutenant in the RAF Reserve and a Section Commander for RAF cadets. 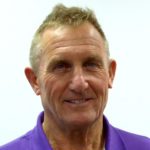 Ian has three solo swims to his credit including third place in the 1981 International Channel Race. He has participated in, and organized, a number of cross Channel relays and competed against Kevin Murphy in an International 24 hour pool swim, breaking the existing record. He worked as a crew member on a number of cross Channel swim boats, including Alison Streeters two way success, and served as both a Channel Swimming Association committee member and observer.

He has competed successfully in many BLDSA swims including Lake Bala, Torbay and Lake Windermere and represented UK Long Distance Swimming in a number of overseas competitions.

Out of the water, Ian is a retired firefighter with more than 40 service in the UK Fire Service, mainly in Kent. He is a qualified RYA Yachtmaster and PADI Open Water Diver. 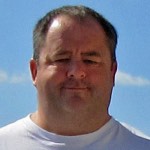 Phil Yorke spent his childhood as a competitive swimmer, kayaker, sailor and rugby player. After school he joined the RAF where he carried on competitive club swimming for City of Lincoln Pentaqua and for the RAF. Whilst in the RAF Phil first took his level 1 and 2 swim teachers qualifications, and helped coach junior and masters squads at the club. In addition he was encouraged into open water swimming and started competing in events up to 5km both with the BLDSA (British Long Distance Swimming Association) and the Inter-services events

On leaving the RAF Phil went to Huddersfield University to study Health and Sports Studies. He also worked as a lifeguard and swim teacher and talent ID squad coach in Kirklees. After graduation he became a Duty Manager at Dewsbury Sport Centre where he carried on swim teaching and started Coaching Dewsbury ASC.

He moved to work at the University of Leeds in late 2006 where he got back into his own swim training properly, started open water swimming again and returned to BLDSA events.

He is now Head Coach at Dewsbury ASC, has taken them through Swim 21 and has kept his skills up to date. He now also holds the ASA levels 1 and 2 Coaching Swimming qualifications.

He is also Hon General Secretary of the BLDSA. This is a voluntary role; the BLDSA is a not for profit organisation run for swimmers by swimmers.

In 2013 he completed a Channel Relay with Aspire the Spinal Injuries Charity. He has been back every year since then to mentor other Aspire teams.

In 2015 he ramped up his training and completed a solo English Channel breaststroke swim during August of that year.

For 2016 Phil set his sights on a fresh water challenge and completed the 21.6 miles of Loch Lomond – slightly colder and less buoyant than the Channel.

In 2017 he is planning a 2 Way Windermere overnight swim on 12th August and the Catalina Channel in the USA on 8th September. Both are 21 mile swims.

In 2017 he succesfully completed the Catalina Channel in California 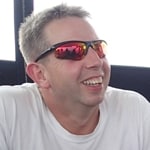 Marc Newman has achieved six English Channel swims, the first in 1985 at the age of 17 and the last in 2016 when he trailblazed a new course, starting in Dungeness and finishing in Boulogne.

He has also competed in numerous international marathon open water swims including Lac St Jean (Canada) 32km and 40km races. He won the 32km race in 1988 and 1989.

He completed the 32km Lac Memphremagog race in Canada three times; the 25km Suez Canal race; LEN European championship races in Italy and the Czech Republic; the Yugoslav International 16km three times; FINA World Championship 25km Perth, Australia in 1991; the Rottnest Channel in Australia, setting what was then the record for the fastest swim.

He is an Honouree of the International Marathon Swimming Hall of Fame; a Level Two Open Water Swimming Coach; and a Level Two Swimming Teacher; and a member of the Channel Swimming Association Ltd Board of Directors. 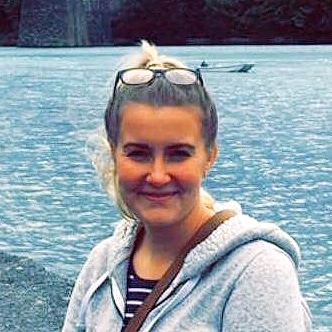 Dana Batts is a lifesaving expert having competed at a National level in lifesaving competitions and achieving gold, with her partner, in the Junior National Championships. In the water Dana is a Qualified Rescue Scuba Diver (Padi). On the water she is British Canoe Union qualified and also holds the RYA Powerboat Level 2 qualification.

As a sprint swimmer Dana competed at National level in school swimming. In open water she competed as a guest at the Inter Services Championships in North Wales. Currently Dana is training for several open water swimming events in North Wales. She works for a charity and as part of this role as a team leader she works with people with low self-esteem and confidence and works to improve this with all the courses she delivers.